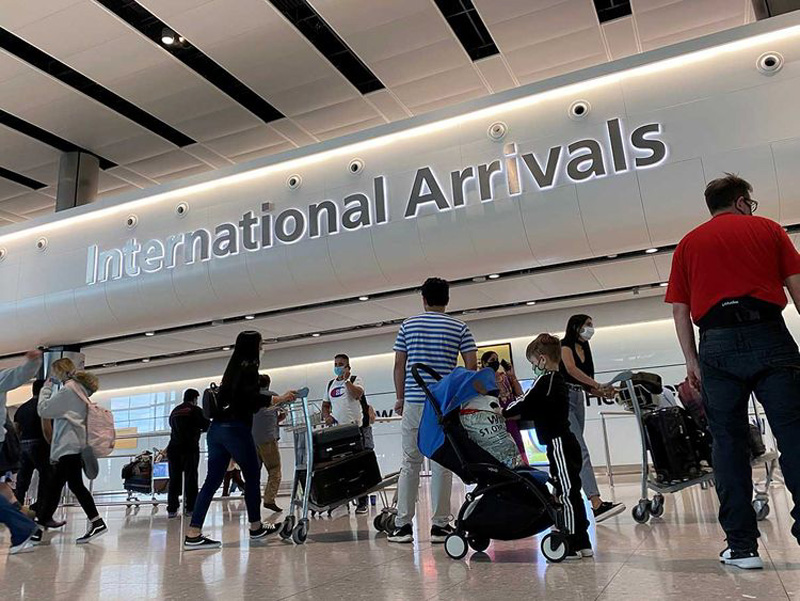 London: London’s Heathrow airport on Wednesday urged the government to create a coronavirus testing programme for travellers to replace quarantines, as it announced more than a billion pounds in losses in 2020.

The air hub, usually the busiest in Europe, said it had recorded a pre-tax loss of 1.1 billion pounds ($1.4 billion) in the first six months of the year, as the pandemic decimates the aviation sector.

Revenues halved year-on-year while passenger numbers dropped 96 percent in the second quarter, as air travel came to a virtual standstill due to COVID-19 lockdowns around the world, it said.

“Today’s results should serve as a clarion call for the government – the UK needs a passenger testing regime and fast,” chief executive John Holland-Kaye said in a statement.

“Without it, Britain is just playing a game of quarantine roulette.”

Heathrow has been among the critics of the British government’s controversial weekend decision to quarantine all travellers arriving from Spain, following a recent spike in virus cases there.

It follows the introduction earlier this month of a so-called traffic light quarantine system, in which passengers from countries deemed high-risk are ordered to self-isolate for 14 days.

“Testing offers a way to safely open up travel and trade to some of the UK’s biggest markets which currently remain closed,” Holland-Kaye added. AFP