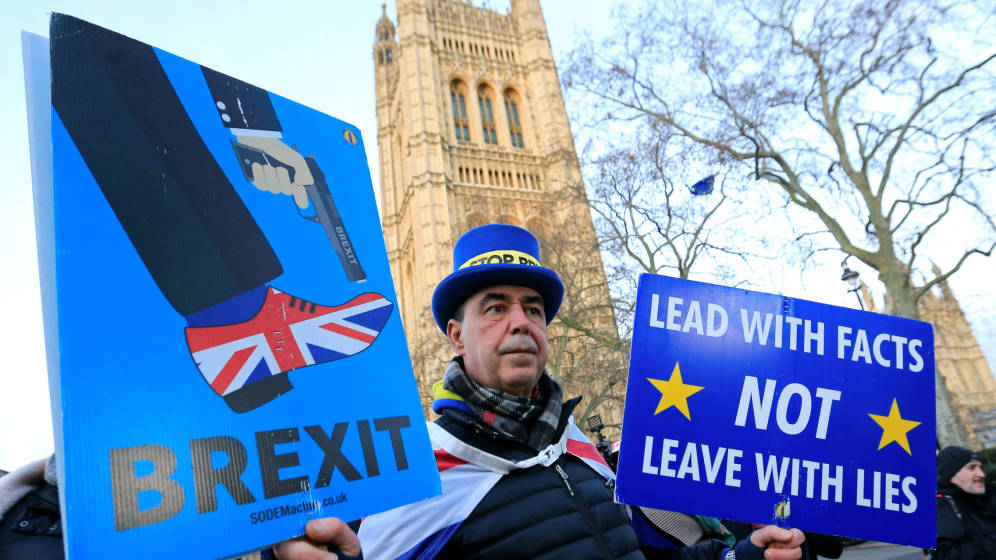 LONDON: British lawmakers are expected later on Thursday to approve legislation, which will allow the country to leave the European Union on January 31 with an exit deal, ending more than three years of wrangling over the terms of the unprecedented divorce.

Prime Minister Boris Johnson will turn the page on one of Britain’s deepest political crises in decades when parliament’s lower house votes to approve legislation that will implement an exit deal agreed with the European Union last year.

“Securing the passage of the legislation in the Commons will be a significant positive step,” Johnson’s spokesman said.

The legislation will then head to parliament’s upper chamber and is expected to become law in the coming weeks, leaving enough time to allow Britain to leave on January 31 with a deal to minimise economic disruption.

In recent years, financial markets have been captivated by the twists and turns of Britain’s Brexit drama, characterised by acrimonious negotiations in Brussels, knife-edge votes in parliament and heavy defeats for unstable governments.

But after Johnson called a snap election late last year and then won a large majority by promising to deliver Brexit at the end of January, the uncertainty over when and how Britain will leave the European Union has largely abated.

The focus has instead turned to upcoming talks on long-term arrangements with the European Union that will kick in when a transition period — during which Britain remains subject to EU rules — ends on December 31.

Johnson is adamant that the free-trade deal he wants can be negotiated in time, but counterparts in the European Union are less convinced.

On Wednesday, Johnson met European Commission President Ursula von der Leyen in London hours after she had made a speech stating it would be “basically impossible” to agree everything by the end of the year. Reuters