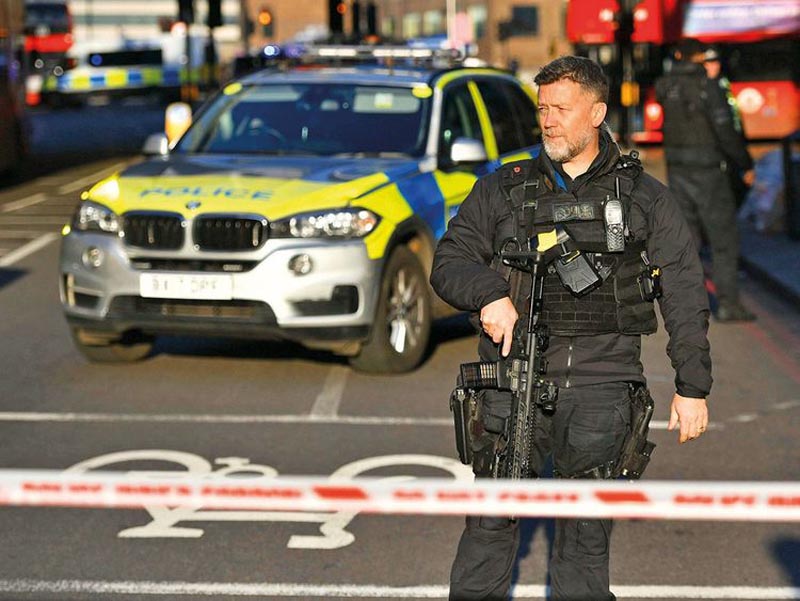 London: The London Bridge attacker who killed two persons on Black Friday attack was a British citizen born in the UK.

Usman Khan was a terror convict who had been out on parole and targetted a gathering where students and other former convicts had assembled.

According to The Telegraph, Khan left school with no qualifications after spending part of his late teens in Pakistan, where he lived with his mother when she became ill.

On his return to the UK, he started preaching extremism on the Internet and attracted a significant following, Dawn News quoted The Telegraph report.

Usman Khan in a police mugshot from the time of his original arrest. Photograph: West Midlands Police/PA

In January 2012, Khan pleaded guilty to engaging in conduct in preparation for acts of terrorism violating the UK”s Terrorism Act 2006.

Khan was among nine men charged with conspiracy to bomb high-profile London targets in the run-up to Christmas in 2010.

At the time, the men were described as an Al Qaida-inspired group that wanted to send mail bombs to various targets and launch a “Mumbai-style” atrocity.

At that time of his arrest, Khan lived in Stoke-on-Trent, a city in central England.

A hand-written target list found at that time at one of the defendant”s homes listed the names and addresses of then London Mayor and current British Prime Minister Boris Johnson, the American Embassy and the Stock Exchange.

The British police counter-terror operation which led to their arrests was the biggest of 2010, the Dawn report said.

Khan was sentenced to detention for public protection with a minimum custodial term of eight years ù a sentenced designed by UK authorities to protect the public from serious offenders whose crimes did not merit a life sentence.

Offenders sentenced to an IPP are set a minimum term which they must spend in prison. After they have completed their tariff they can apply to a parole board for release.