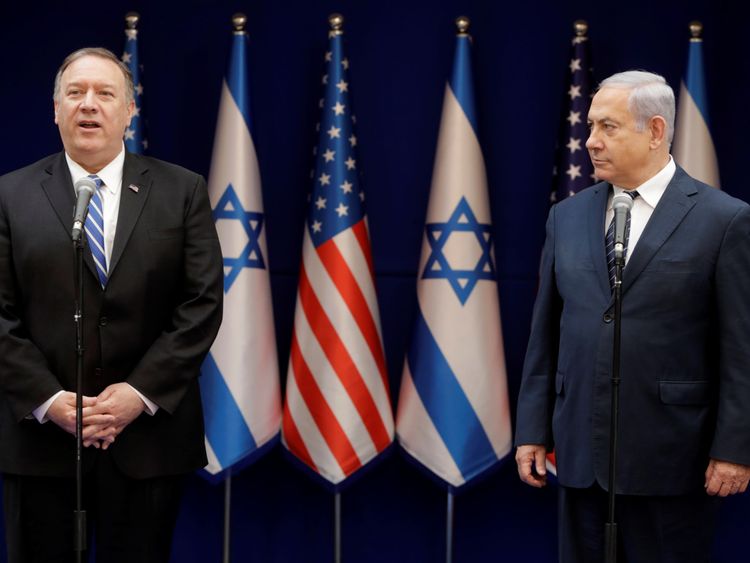 Occupied Jerusalem: Secretary of State Mike Pompeo met with Israel’s prime minister on Friday to reaffirm the countries’ close ties at a time when many in Israel fear the Trump administration intends to cut and run from the Middle East.

The meeting came a day after a US delegation led by Vice President Mike Pence and Pompeo reached an agreement with Turkey to halt its week-old offensive against Kurdish forces in northern Syria. Turkey invaded after the US moved its troops aside, abandoning the Syrian Kurdish fighters America had partnered with against Daesh.

Turkey views the Kurdish fighters as terrorists because of their links to an insurgency inside its borders.

Others have expressed fear that President Donald Trump’s stated desire to get out of “stupid endless wars” in the Middle East makes him an unreliable ally as Israel confronts threats from Iran.

In brief remarks after their meeting, Pompeo said “the remarkable, close relationship between our two countries is as strong as it has ever been.”

He said they discussed ways to push back against Iran, and “efforts to jointly combat all the challenges that the world confronts here in the Middle East.”

Netanyahu thanked America for its “consistent support” and said they discussed ways of making the alliance “even stronger.”

When asked about the agreement to halt the fighting in northern Syria, Netanyahu said “we hope things will turn out for the best,” without elaborating. Pompeo declined to comment. AFP