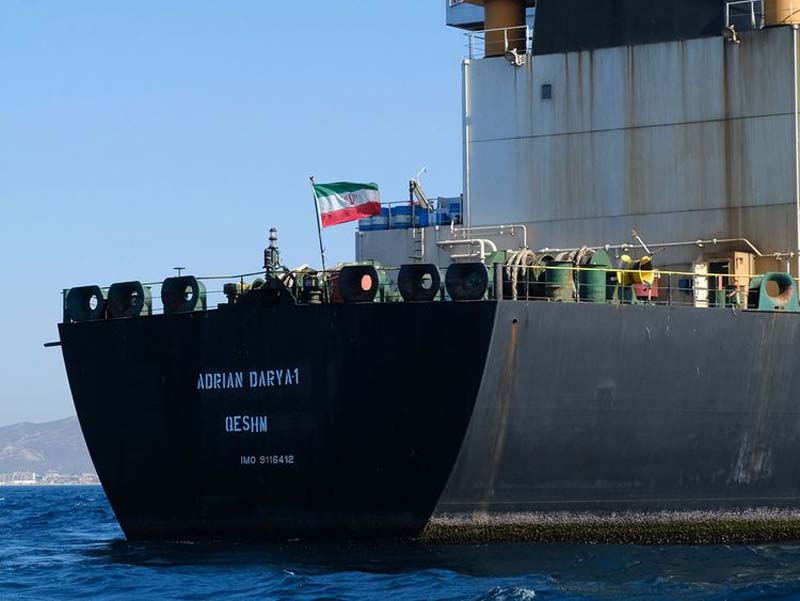 Previously known as Grace 1, the ship has been bouncing around the Mediterranean after being held for six weeks by Gibraltar on suspicion its cargo was bound for Syria.

Despite Washington’s efforts to keep it detained, it was released by the British territory and its every move is being followed with intense speculation.

The US Department of Treasury on Friday said the vessel is “blocked property” under an anti-terrorist order, and “anyone providing support to the Adrian Darya 1 risks being sanctioned”.

The ship’s captain, Akhilesh Kumar, was also blacklisted under the order, which generally prohibits dealings with blocked property by US persons.

Lebanon had earlier dismissed Turkish claims that it would receive the ship, which has a cargo of 2.1 million barrels worth around $140 million (Dh514 million).

While Iran has denied selling the oil to its Damascus ally, experts said the likely scenario was for a ship-to-ship transfer, with a Syrian port as the final destination.

Maritime traffic monitors had shown that the Adrian Darya’s latest listed destinations, which are not necessarily the next approved port of call, were in Turkey.

After tracking sites showed Mersin as its destination, it then switched to Iskenderun, prompting a reaction from Turkey’s foreign minister Friday.

“This tanker is not heading actually to Iskenderun (in Turkey), this tanker is heading to Lebanon,” Mevlut Cavusoglu said during a visit to Oslo.

Lebanon swiftly dismissed the scenario, stressing that it never buys crude oil because it simply does not have refineries. AFP