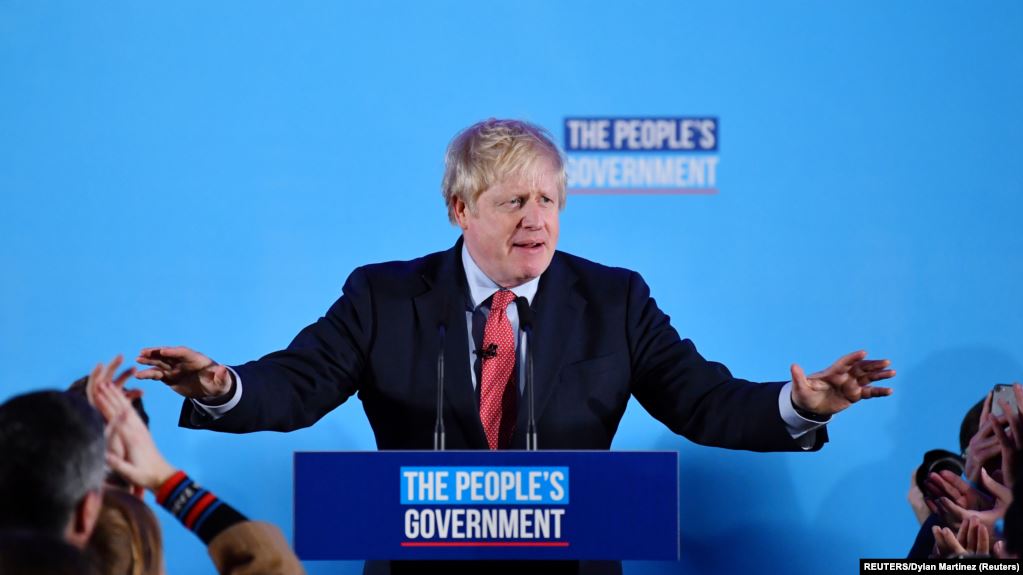 London: Boris Johnson’s many critics have often dismissed him as a political clown. He’s having the last laugh now.

He looks set to take more seats in Parliament than any Conservative leader since Margaret Thatcher in the 1980s.

A majority government gives Johnson the power to fulfill his promise to take Britain out of the European Union next month.

It’s a triumph for a 55-year-old politician who has been written off more than once.

Johnson has built a career playing the rumpled, Latin-spouting clown who doesn’t take himself too seriously.

He once said he had as much chance of becoming prime minister as of being “reincarnated as an olive.’’

“He doesn’t seem like an ordinary politician,” said Jonathan Hopkin, a political scientist at the London School of Economics.

“He has managed to create this aura around himself of being a personality, an eccentric, somebody who is funny and can kind of appeal to people beyond the usual party divides.’’

That bumbling exterior masks a steel core of ambition.

At the elite private school Eton he was clever, though not diligent” one teacher complained to Johnson’s parents about his ‘’disgracefully cavalier attitude.’’

At Oxford University, Johnson was president of the Oxford Union debating society, and a member of the Bullingdon Club, a posh, raucous drinking-and-dining society notorious for drunken vandalism.

From journalist to mayor

As a young journalist for The Daily Telegraph in Brussels, he delighted his editors with exaggerated stories of European Union waste and ridiculous red tape _ tales that had an enduring political impact in Britain.

He was a magazine editor, a backbench lawmaker, a self-satirizing guest on TV comedy quiz shows.

His path wasn’t smooth. Johnson was fired from The Times for fabricating a quote.

He was recorded promising to give a friend the address of a journalist that the friend wanted beaten up. He was fired from a senior Conservative post for lying about an extramarital affair. He always bounced back.

His words often landed him in trouble.

Confronted with past language, Johnson has claimed he was joking, or accused journalists of distorting his words and raking up long-ago articles.

Critics allege that his quips are not gaffes, but deliberate dog-whistles to bigots _ a populist tactic straight out of the Donald Trump playbook.

Enemies and allies alike have long wondered what Johnson really believes. Before Britain’s 2016 referendum he wrote two newspaper columns _ one in favor of quitting the EU, one for remaining _ before throwing himself behind the “leave” campaign.

His energy and popular appeal helped the “leave’’ side win.

Critics say the campaign was built on lies, such as the false claim, emblazoned on the side of a bus, that Britain sends 350 million pounds ($460 million) a week to the EU, money that could instead be spent on the U.K.’s health service.

Rise to power on Brexit vow

After the referendum, Johnson was made foreign secretary by Prime Minister Theresa May, one of the top jobs in government. AP